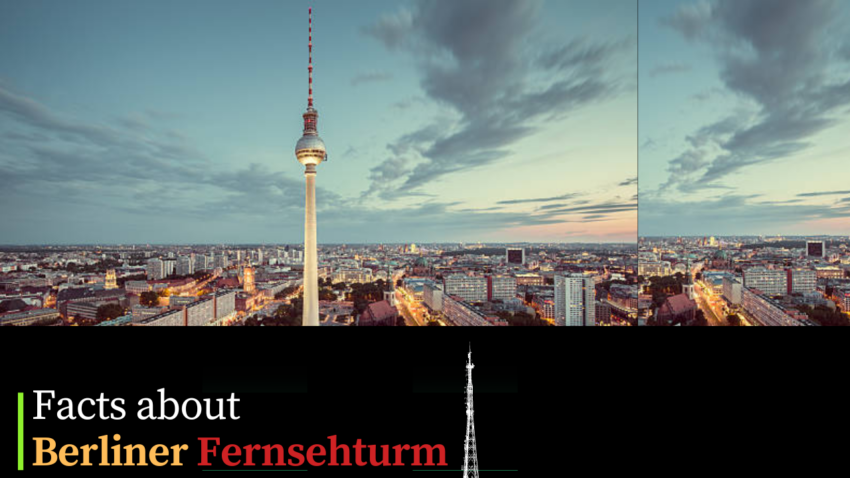 The tv tower is the highest building in Germany and is 368 meters. The tower is located in Berlin and has a million visitors a year. Since its opening, the Berlin Television Tower has attracted 37 million visitors from all over the world. According to the safety regulations, only 400 people are allowed to be in the sphere at the same time. That includes 380 visitors and 20 staff members.

When the Tv tower was made it had another place and was much smaller. They moved it because it was in the way of the flight path of Schönefeld Airport. They build the tower on Alexanderplatz where it is now. The building of the tower started in 1965 and fished in 1969.

There are three elevators in the tower; two of them are for visitors, and one is for the personnel. It takes only 40 seconds to reach 203 meters: 6 meters per second.