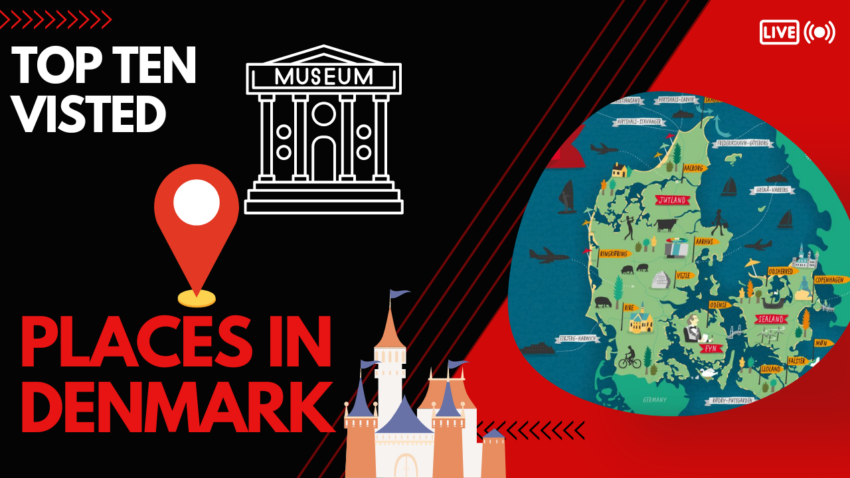 Copenhagen’s Tivoli is an amusement park in the centre of Copenhagen close to Central Station and Strøget. The park is the world’s second oldest of its kind; only Dyrehavsbakken is older. Tivoli was made by Georg Carstensen and opened in 1843. He said he talked to the king for permission to open the amusement park. After a trip overseas, Walt Disney was inspired by what they saw in Tivoli, and they created Disneyland.

There are nearly forty-five different types of restaurants, cafes and food stand throughout Tivoli. There are currently 25 rides in the amusement park, with the latest being Vertigo. This is an excellent place for people of any age. Copenhagen hotels are plentiful and you can even stay inside Tivoli Gardens at the Nimb Hotel. There are three roller coasters in the Tivoli amusement park. One is one of the world’s oldest wooden coasters called, Rutschebanen.

In the centre of Copenhagen, you will find the place where the Danish government is. it has been there for more than 800 years. It is now a place for the office of the prime minister and the Supreme Court.

Several places in the Palace are still used by the royal household, a large part is open to the public. Bishop Absalon built fortifications of the city here in 1167, and visitors can see the ruins of the bishop’s castle, which was destroyed in the 14th century, as well as the medieval fortress.

10-20 min from the Tivoli Gardens is the National Museum. Here is all of the Danish culture and history of Denmark. The museum has an impressive collection of Danish artefacts, including a very old 2,000-year-old sun chariot

There are also some artefacts from other places Greenland, Asia, and Africa. There is also a children’s museum where there will be plenty of things for kids to do.

7. The National Gallery of Denmark (Statens Museum for Kunst), Copenhagen

The National Gallery of Denmark has a big collection of art. The original exhibits were once housed at Christiansborg but moved to the current location in the late 19th century. Not only has more than 700 years of European and Scandinavian art, but the museum also has paintings by the Dutch Masters, Picasso, and Edvard Munch among others.

LEGO House, Billund is the place where lego was made. This is a family attraction. There are nine themed playgrounds; three outdoor squares; and the Tree of Life, a 15-meter LEGO tree filled with details.

Tourists can also choose to buy admission to explore the Experience Zones, each representing the classic brick’s colours: Red for creativity, Green for role-playing, Blue for cognitive challenges, and Yellow for emotions.

In Kronborg Castle is the role play script book named Shakespeare’s Hamlet. The structure is very clearly visible when you enter the castle , so you can’t miss it.

The castle is from 1640 and was renovated in 1924The North Wing contains the great Ballroom or Knights’ Hall,

4. The Round Tower (Rundetårn), Copenhagen

The spiral walk in the Rundetårn is a hit for children with very much energy.

Rundetårn also houses an exhibition hall with music events for children.
With a ticket to the tower, there is free admission to the exhibition hall, but usually special admission for special events such as concerts.

If you are in Denmark then you cant avoid the place. Hans Christian Andersen Museum, Odense this is a museum about a very very famous author in Denmark. His fariy tales and stories are very god written.

It was made in 1908. His skethers and artwork is also there. There is a hall full of pictures from his autobiography “Story of my life” To the southwest of Odense Cathedral, in Munkemøllestræde, you’ll find Hans Christian Andersen’s childhood home  that also is a part of the musuem.

This is a example of one of the finest and modern architecture in Denmark.It opened in 1993. It has a very pretty sight to the ocean .

In the Frederiksstaden quarter in Copenhagen, you will find Amalienborg Palace. Here there are its tranquil gardens by the water.The four palaces face onto the square. The Danish Royal Family took place after a fire at Christiansborg Castle in 1794, and the palace remains their winter home.